My 12 year old son is mulling over whether to do Latin in school.

I did Latin at O level (yes, I’m that old) and it was my favourite subject. If you’re a language fiend, like I am, it’s a fascinating subject to learn. It can help you guess the meaning of unfamiliar words in both English and foreign languages and it’s useful when trying to understand mottos. Most importantly, it helps you understand the many Latin terms that still exist in our language.

For instance, many people don’t know the difference between e.g and i.e. If you know your Latin, however, you will be aware that e.g. is short for exempli gratia, (which means for example) and i.e. is short for “id est”. The latter means “that is” and is used to make something clearer.

Other examples of Latin phrases still in common usage include pro rata, alter ego, persona non grata and sic.  A little knowledge of Latin can be really useful at unexpected times – for instance, when I first learnt about proof-reading, I could guess that the word “stet” meant “let stand”.

My boys are both voracious readers (from Latin vorare – to devour). They are always asking me what certain word mean and I find telling them the origin of the word can help explain it. My youngest asked me the meaning of puerile – it means childish, and comes from the Latin word puer meaning boy. And my other son asked about the meaning of  the word verbose. It means talking too much and comes from the Latin verbum meaning word. Other words to stem from that include verbal and verb.

So if you’re offered the chance to do Latin, I’d say take it – it is very useful and more importantly as I’ve told my son, other people will think you are very clever. 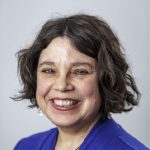 How many words should there be in a sentence?